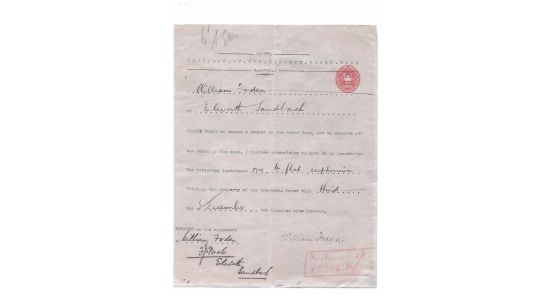 In December 1924 William decided to go to Australia to farm Sheep leaving Edwin (ERF) to look after the band.  With increasing company losses William was asked to return to England in 1934 but with his new idyllic life he was reluctant. Whilst on holiday in Europe he did make a detour to Elworth to see the company. Due to being shocked at the state of the company he immediately returned firstly becoming the Managing Director Designate and with the approval of the board this post was made permanent.