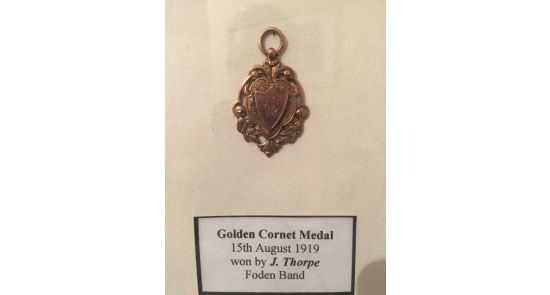 By 1936 Mr Thorpe had won over 160 Gold and Silver Medals and a number of Silver Challenge cups in various solo and quartet contests as well as being the winner of the Empire Solo Championship at Belle Vue, Manchester.

A photograph of Jim can be found in 'Images' 'People'

(Edited from a 1936 history of the Foden Motor Works Band)