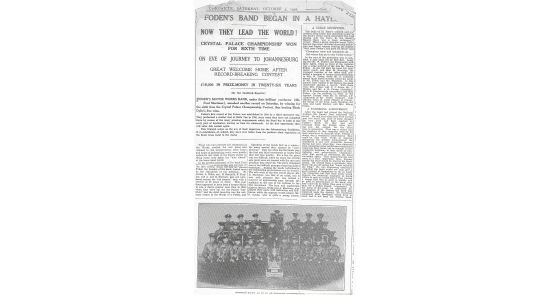 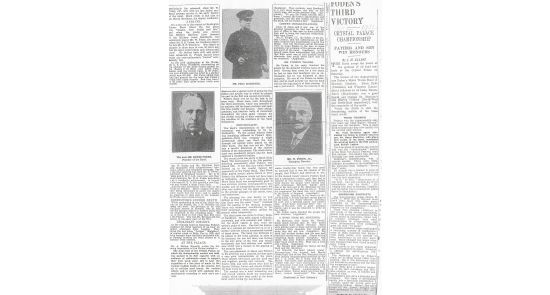 However a sad note to this year’s competition was the death of Joe Brookes who was conducting the Junior section entry by the Rivington and Adlington Band when he collapsed on stage and died.  Joe Brookes had been the Soprano cornetist with Fodens until 1915 when he left to join Horwich RMI after being fired from the band for going on strike.

A rather subdued evening concert by the Massed Band was recorded for 78 which included “Homeland Melodies” (Arr John Henry Iles) and was conducted by the arranger.