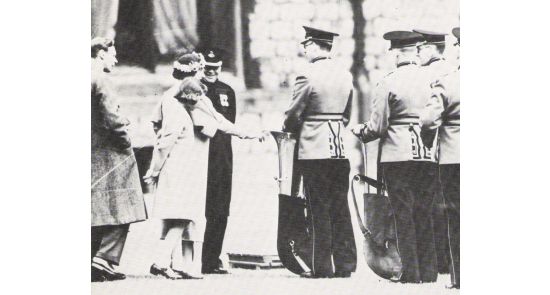 On the 24th April 1938 Foden's once again performed by Royal Command for King George VI and Queen Elizabeth at Windsor Castle.

Film of the event was taken by British Pathe and is available on line at  http://www.britishpathe.com/video/scouts-day-at-windsor/query/fodens

Band Members at the event