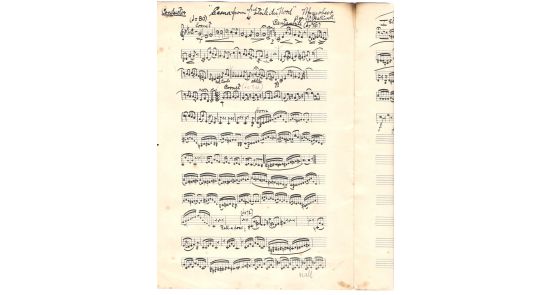 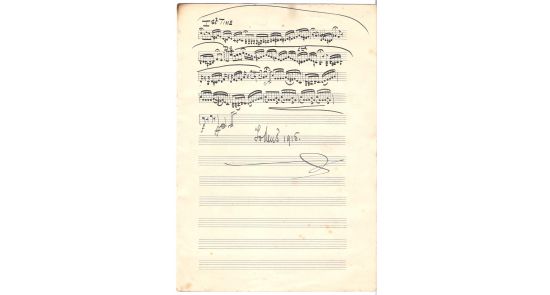 L'étoile du nord (The North Star) is an opera comique in three acts by Giacomo Meyerbeer. The French-language libretto was by Eugene Scribe.

Much of the material, including some plot similarities (with the flautist Frederick the Great substituted by the flautist Peter the Great), derived from Meyerbeer's earlier 1844 Singspier Ein Feldlager in Schlesien. However, there also are some significant differences, perhaps the most important of which is that it was permissible to actually have Peter the Great take part in the action, which was not the case for Frederick, who had to play his flute off-stage. Peter does more than just take part in the action, since he ends up being the romantic lead.

This arrangement was made for a Tenor Horn Soloist in 1915

(THIS PIECE HAS BEEN RECENTLY RECORDED, PLEASE VISIT THE RECORDINGS SECTION)